From 0 to Expert: Cross-promotion events are the simple win-win approach to online visibility 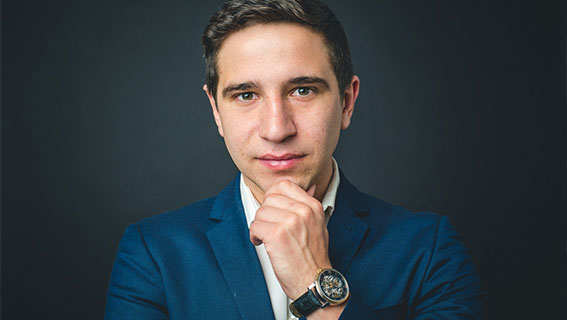 Cross-promotion is largely underutilized and super effective way to build a business or following online.

It takes many forms, including:

At some point we all thought that online business is the best thing to do, especially since so many people can easily find us online and listen to what we have to say … or just buy what we have for sale.

There are many ways to think about taking business ideas online – make a website, have someone else make it, outsource everything, including social media management, email marketing and ads.

Being inexperienced and reading tips, guides and techniques could be overwhelming.

And at some point many people end up paying for traffic to their website.

For this reason, I offer you a simple approach to building online presence.

Cross-promotion campaign ingredients could be varied, but results are simple – everybody wins.

For newbie organizers it is an easy way to online credibility and building an audience.

For partners (experts; influencers; businesses), it requires only minimal input and they get in return new and highly targeted subscribers in the mail list or followers in the social network.

For end-consumers, it is simple – they get diversity by being exposed to cool products or motivational, educational stories from promo participants and sponsors.

It has been success all the time, except once …

Pause for a moment …

In 2015, I felt I was in a very unique position to pull off a simple, yet powerful marketing stunt.

For some time already, I had funded one of my companies through Virgin Startup in the UK and I was already in Sir Richard Branson’s mail list.

It just came as a lightbulb moment, when I realized I could create value by organizing a video series event around the £1 Million British Pounds semi-democratic competition called Pitch to Rich.

Startup contestants get voted into the next round by friends, followers and Virgin’s audience.

And then Mr Branson and his team would select the winners.

It was a no-brainer, to invite some of the startups – they were ready to get into an interview and talk about their product and get votes, while also reaching new potential supporters … that could turn into assignors or partners.

Contest entrants are startups – they still don’t know exactly how their business will turn out.

Most of them would be closer to an idea than a working prototype or MVP (Minimal Viable Product).

Where I’m getting is that they will greatly benefit from talking to an Expert in business and getting a personalized advice.

And as you have definitely noticed, some internet influencers tend to get huge lists of followers – tens and hundreds of thousands and above million people as their followers or email list subscribers.

So I just contacted all varied kinds of online business experts – from Twitter Experts, to LinkedIn Experts … to all kinds of Social Network, SEO, Business Optimization, Content, Email, Advertising and Affiliate Networking Experts.

It was an easy sell – an obvious win-win for the person who cares to read through my initial invitation.

(I’m going to talk another time about crafting the ideal initial approach message, dependant on the situation and channel)

To spice things up I also wanted to track how much of my time is actually needed to pull this off.

And actually create a useful metric “followers per hour of work” while also preparing a cross-promotion blueprint.

Our results have varied – depending on so many factors, including host visual appearance – engagement could vary between 1% and 2% to the series mailing list.

My partners agreed to promote together to a cross-promotion audience of 1.2 Million people in this highly engaging format.

I have to tell you, it was a really emotionally satisfying experience.

To empower people to create and share actionable insights and tips through video in an educational and motivational format.

Everyone was appreciating this.

And I thought I could be contributing as an influencer, rather than working for others as a freelancer.

I’m still looking for the right ways to express my unique personality and at the same time do it in the most efficient way.

I’m sharing this non-success story with you, because it is actually my most efficient marketing project formula:

Well, since it did not turn out a completed video series, it took me a while to re-organize, re-imagine and re-motivate myself to actually write this article and share this valuable experience.

After all it would be great if my experience can be of value.

It did not work out, because my premium both sides Skype video recorder messed up the recordings, during the intense voting period.

Nowadays, I would recommend zoom, which automatically records both sides and there is no need for video editing, except maybe adding an intro.

Maybe it was not the right time for me or maybe I was overwhelmed with the tight schedule and pulling everything single-handedly.

Whatever the reason, I’m now hoping that this story can be taken as an inspiration for you to craft your own unique cross-promotion event or initiative.

To make things easier for you I wrote another article, going over the fundamentals of pulling a marketing stunt on the web.

CLICK HERE to read my overview and insights about approaching marketing and technicalities related to online presence.

Later, in a separate article, I’m planning to share my experience with a cross-promotion event for a Charity fundraiser.

Want emails with any new tips and tricks that we discover?

GET Our Practical Emails

We share practical information and help you move an idea into a project. We believe execution is everything! And execution can be done by building infrastructure. We want to contribute with our experience.

Wait! There is more!

Don’t miss a progressive resource – how to do marketing, how to get free emails, how to recruit and more! Get it straight to your inbox.

All you need is your passion and willingness to learn!